If you are in Budapest in August, more specifically on the 20th, you might wonder what Hungarian people celebrate on this day… find it our from our blog article!

August 20th is one of the greatest national holidays for Hungarians, celebrated with day-long festivities followed by stunning fireworks throughout the country. It is a public holiday as well, so expect shopping malls, shops to be closed (this year it is actually a Sunday, which is a calmer day anyway). If you would like to see the year’s biggest fireworks in Hungary at 9pm, the best is to find a spot close to the river Danube, since that’s where they shoot most of the fireworks up to the air.
There is a festival as well from the 17th to the 20th of August in the Castle district on the Buda side, called Festival of Folk arts where you can learn about Hungary’s unique folklore and crafts.
August 20th commemorates the foundation of the Hungarian state, it’s kind of like Hungary’s 4th of July. Also called as St. Stephen’s Day, remembering Stephen I, the first king of Hungary and founder of the Kingdom of Hungary, who was canonized on August 20th, 1083 by Pope Gregory VII. 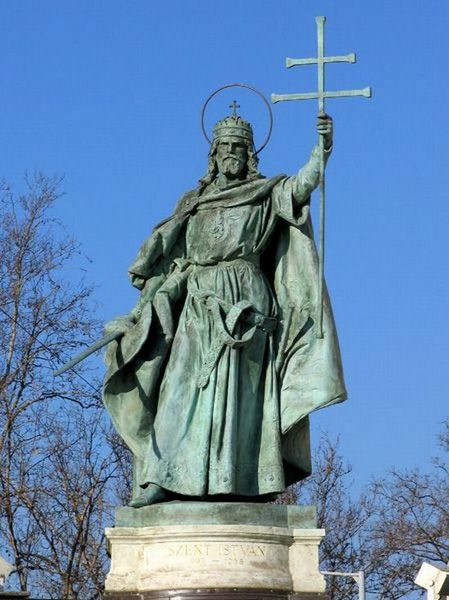 If you do your Budapest sightseeing with us, you will definitely hear about Saint Stephen on our free walking tours. One of the highlights of our General Budapest tour is the Saint Stephen’s Basilica, the largest roman catholic church in the capital of Hungary. This is where we also keep the mummified holy right hand of our first king, Stephen. The holy Right is one of the most important relics for Hungarian, on the 20th of August they bring it out from the Basilica and it is carried in the Holy Right Hand (Szent Jobb) procession, so if you are lucky, you can catch a glimpse of it.

Please note that on this national holiday we do NOT have the Evening free walking tour at 6:30 pm and the Pub tour at 8:30 pm. Thank you for your understanding and have a lot of fun and learn new things on our other free walking tours! :-)