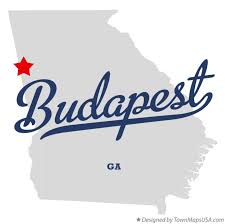 Read the story of Budapest in the US in this blog article! 😊

At the end of the 19th century, the majority of Hungarians emigrating to the United States settled down in Ohio and Pennsylvania. Cleveland in Ohio, and Pittsburgh in Pennsylvania, a two-hour train ride away, competed for the title of the “Hungarian Capital of the US”. Of course, it was not a very upscale competition: the majority of Hungarian immigrants worked in the mines, steel and tobacco factories of the region for starvation wages. In Pittsburgh, the Hungarians also had a separate quarter: the locals called Hazelwood district “Little Hungary”. In the surrounding mining area of ​​Western Pennsylvania, several smaller settlements were established, which Hungarian miners called “pléz” after the English word place. Their everyday life is described well by Merle Travis’ song “16 Tons” (16 Tonna in Hungarian) so it’s no wonder many have been looking for a way forward.

The opportunity was given them by a southern entrepreneur named Ralph L. Spencer. Spencer dealt with a lot of things from glass production to sports organization, he loved to take risks. In the late 1880s, he remembered that the northern region of the state of Georgia would be suitable for wine production – the only problem was that none of the locals, who were mostly from the gold mining and timber trade, understood grape growing and did not feel like trying it out… Spencer was determined to recruit Hungarians and build another settlement next to a town called Tallapoosa, which he would make the centre of the winery. The Hungarian miners in Pennsylvania he contacted did not particularly understand growing grapes, but they loved wine and wanted to get out of poverty. Perhaps it also seemed convincing that huge diamonds in Spencer’s ring and tie pins proclaimed the hope of quick enrichment. A Hungarian Catholic priest named Ferenc Janisek from Pittsburgh also helped with the recruitment. Eventually, two hundred families decided that they were moving to Georgia with the entrepreneur. They set up a wine farm on two thousand acres without any experience, relying on their home memories mostly. The plan was doomed to total failure by all common sense. However, in the end, it brought unexpected success! 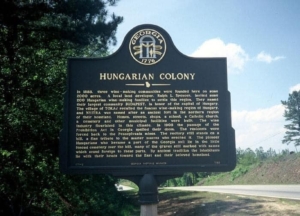 The local grapes were made into good – or at least drinkable 😊 – wine that could be sold outside of the state for good money. On the site of an occasional settlement created by Hungarian winemakers, a comfortable small town was soon born, with a church, post office, inn, and shops, and it was named ‘Budapest’ by its inhabitants. After a while, a small village grew out of the ground a few miles from the city – this was named Tokaj. After hearing the news of the success of the Hungarians, new settlers also arrived: Slovak immigrants, who founded their own village called Nitra in addition to Budapest. In addition to cultivating common vineyards, they also farmed on their own land, which they received for free. Some of their family names have survived: those of the Fekete, Németh, Radó, Buzády, Polyák and Visnyakszki families. The wine they produced was also shipped to New York by Spencer. The spiritual leader of the three settlements was Father Janisek, who got an imposing parish from the entrepreneur, Spencer. He had a serious job because, according to contemporary news, conflicts soon erupted between the city founders and the ever-arriving new immigrants. In addition, the Hungarians did not really want to learn English, they were speaking Hungarian amongst themselves and Spencer and the priest took care of their everyday and official things instead of them.

The good world lasted for roughly twenty years: in 1907, the state of Georgia introduced an alcohol prohibition. The wine could not be sold from the area any more. The economies of Budapest, Tokaj and Nitra were doomed to death. Most of the population moved back to Pennsylvania, the rest tried to produce cotton and tobacco instead of grapes. According to a Hungarian newspaper in 1912, 87 Hungarian farmers lived in the town and tried to trade with their crops. They had a struggling life, but they still did much better than those who left and moved back. Those returning to Pennsylvania were forced to try to make a living as a miner again. Not long after this, the victims of the greatest mining misfortune in the United States were amongst them.

On December 19, 1910, 240 people were working in a coal mine near the town of Van Meter, Pennsylvania, when the mine exploded and buried the miners under itself. 239 people died in the blast, including 131 Hungarian miners. Even in the 1980s, human bones emerged from the depths of the earth. 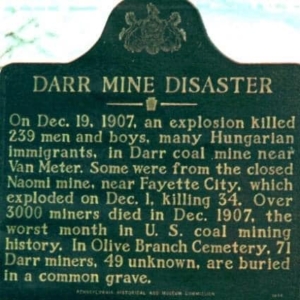 Without the flourishing vineyards, Budapest would not have remained an attractive settlement. The first settlers, who stayed there, struggled throughout their whole lives, but their children tried their luck elsewhere – probably in Detroit’s auto factories… The last Hungarian of the American Budapest died in 1964. From then on, Hungarian names can only be read on the graves of their small cemetery. The cemetery would also have disappeared, but a Georgian NGO renovated the headstones in 2008 and erected a plaque in memory of the Hungarians who once lived here. The road in front of the cemetery has been called ‘Budapest Cemetery Road’. 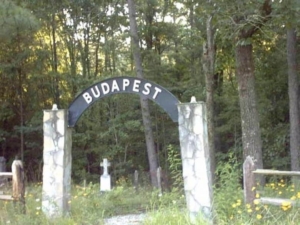 Remembrance of the Hungarian immigrants of Georgia in the 1800s

Residents of nearby Tallapoosa sometimes organize Hungarian gastronomic days in memory of their lost neighbours. Their favorite dish is the „silvasgomboc” (original Hungarian spelling: szilvásgombóc) which is a dumpling rolled in breadcrumbs filled with plum, a beloved dessert of Hungarians nowadays as well 😊 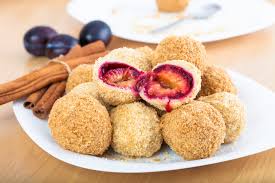 (The story was written by Krisztián Nyáry, writer & litterateur, in Hungarian)