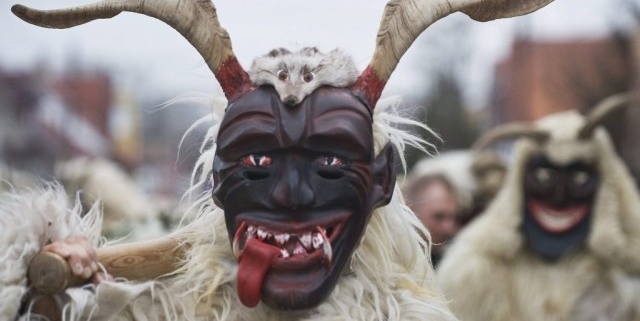 There is something special happening on the Hungarian countryside in February. Read on for more details about the ‘Busójárás’!  You must know about Carnival, a Western  christian and Greek Orthodox festive season that typically occurs in February or early March, before the liturgical season of Lent. Carnival normally involves a public celebration or parade combining some elements of a circus and a public street party, and people wear masks and costumes. But have you heard about ‘Farsang’ or ‘Busójárás’ which takes place on the Hungarian countryside (on the south, close to the now Croatian and Serbian borders), in a city called Mohács?

The Busójárás (Hungarian, meaning &quot;Busó-walking&quot;) is a celebration of   the Šokci living in the town of Mohács, Hungary. It takes place every year at the end of the Carnival season (“Farsang” in Hungarian, it is during February or early March), it lasts six days, and it ends the day before Ash Wednesday. The celebration features Busós, people wearing traditional masks and costumes (Funny or scary? Everyone can decide on their own! See our pictures. ) and includes folk music, masquerading, parades and dancing. These festivities have been inscribed on the Representative List of the Intangible Cultural Heritage of Humanity of the UNESCO in 2009.

There are two legends connected to ‘Busójárás’, let’s see them!

According to the more popular legend, during the Ottoman times of the territory (the Ottomans were our guests from the 1540s till the end of the 1600s), people from Mohács fled the town, and started living in the nearby swamps and woods to avoid Ottoman (Turkish) troops. One might, they were sitting and talking around the fire, when suddenly an old Šokac man appeared from nowhere, and said to them: “Don’t worry my friends, your lives will soon turn to good and you’ll return to your homes. Be patient, until the time comes, prepare for the battle, carve weapons and scary masks for yourselves, and wait for a stormy night when a masked knight will come to you.” He disappeared as unexpectedly as he arrived. The refugees followed his orders, and some days later, on a stormy night, the knight came. He told them to put on their masks, go back to Mohács, and make as much noise as possible. They followed his lead. When the Turks saw and heard them, they were so frightened by the noise, the masks, and the storm in the night, that they thought demons were attacking them, and they ran away from the town before sunrise. 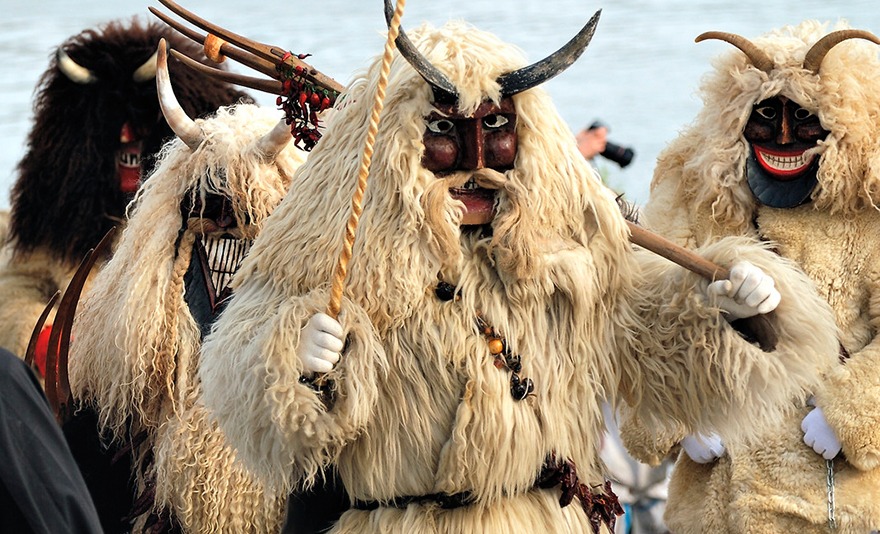 Shortly, in the older, less popular story, the Busós are scaring away Winter itself. In any case, the locals celebrate Busójárás every year ever since, they even host “guest Busó teams” from neighbouring countries like Croatia and Serbia, local Šokci Croats and Slovenia, even from Poland. This year it takes place from the 8 th till the 13 th of February, so this weekend. If you are ready with your Budapest sightseeing and have taken all of our free walking tours, it’s a great idea to visit Mohács on the weekend to see this Hungarian tradition. However, if you decide to stay in the city, join our free tours to learn more about our culture and celebrations!