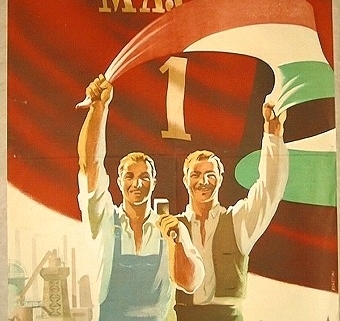 In Hungary this year from April 30th -May 1st there’s a 2-day- bank holiday. Banks, post offices, offices, large stores and malls will be closed. Tourist attractions will be open. All our free walking tours go as normal. There will be colourful programmes, events, concerts called “majális” in Hungarian in many parks and parts of the Budapest and the country.

A little history about this day

The first of May is a national public holiday in many countries worldwide, in most cases as “Labour Day”, “International Workers’ Day” or some similar name – although some countries celebrate a Labour Day on other dates significant to them, such as the United States, which celebrates Labour Day on the first Monday of September.

The 1st of May was chosen to be International Workers’ Day to commemorate the 1886 Haymarket affair in Chicago. In that year beginning on the 1st of May, there was a general strike for the eight- hour workday. On the 4th of May, the police acted to disperse a public assembly in support of the strike when an unidentified person threw a bomb. The police responded by firing on the workers. The event lead to the death of eight and injury of sixty police officers as well as an unknown number of civilian killed or wounded. Hundreds of labour leaders and sympathizers were later rounded-up and four were executed by hanging, after a trial that was seen as a miscarriage of justice.

May Day has been a focal point for demonstrations by various socialist, communist and anarchist groups. May Day is one of the most important holidays in communist countries such as the People’s Republic of China, North Korea, Cuba and the former Soviet Union countries. May Day celebrations in these countries typically feature elaborate workforce parades, including displays of military hardware and soldiers.

In 1955, the Catholic Church dedicated 1 May to “Saint Joseph the Worker”. Saint Joseph is the patron saint of workers and craftsmen, among others. During the Cold War, May Day became the occasion for large military parades in Red Square by the Soviet Union. It became an enduring symbol of that period. On this day it’s a good idea to join some of our free walking tours on communism if you are interested how we used to celebrate this day during those times. See you soon! 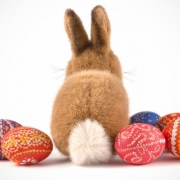 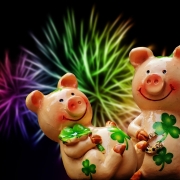 15th of March – practical info for this national & bank holiday