It’s never early enough to start planning your summer. If you’re planning to visit Hungary and Budapest during this beautiful and warm season, you definitely shouldn’t miss some of our summer festivals! Let us introduce you to some of them.

It all started in 1993. Since then, every August the expansive Óbuda island in Budapest becomes home for this great music festival. Happy revelers come together to celebrate summer and freedom at this one week long happening which has a great lineup of concerts of world-famous and local performers. During the daytime visitors can enjoy activities like theater performances, new-circus gigs, alfresco sports programs, ability games, and art workshops, while lots of chill zones await the festival crowds across the island.

If you are in the Hungarian capital in August, after getting to know the city on our free walking tours and finishing you Budapest sightseeing, put up your tent on the island and enjoy the performers confirmed to play during Sziget Festival 2017 like Pink, Kasabian, Wiz Khalifa, Major Lazer, Dimitri Vegas and Like Mike, Two Door Cinema Club, Tom Odell, Bad Religion and a lot more!

Organized in Sopron, a Hungarian town on the Austrian-Hungarian border near the Lake Neusiedler/Lake Fertő, since 1993. This year’s performers include Linkin Park, Fat Boy Slim, Paramore, Ellie Goulding, Imagine Dragons and so many more foreign and Hungarian bands.

Besides the festival it’s worth to do a little sightseeing in Sopron, too. The architecture of the old section of town reflects its long history; walls and foundations from the Roman Empire are still common, together with a wealth of Medieval, Renaissance, and Baroque structures, often artistically decorated, showing centuries of stability and prosperity.

Sopron is also a significant wine producing region, one of the few in Hungary to make both red and white wines. Grapes include Kékfrankos for red wine and Traminer (Gewürztraminer) for white wine. In climate it is similar to the neighbouring Burgenland wine region in Austria, and several winemakers make wine in both countries.

If you would like to escape the city during the hot summer days and go listen to great music next to Europe’s largest freshwater lake, this is your festival! In the beginning of July Zamárdi, which is on the southern shore of the Lake Balaton becomes home for one of Europe’s largest open air electronic music festivals. It’s held annually since 2007 and it features live acts and DJs from all around the world, from established artists to new names. 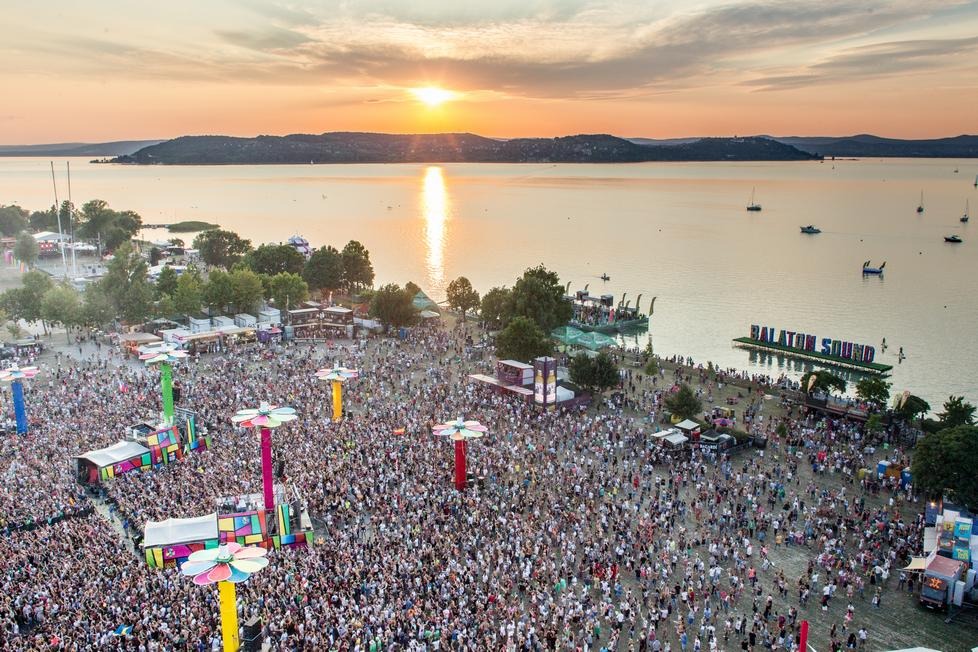 Once you are at the Lake Balaton, it’s great to go explore the other cities surrounding it and you shouldn’t forget that it is another wine region of Hungary: the Balaton wine region is one of the seven larger wine regions of Hungary, it consists of six smaller ones.

Learn more about Hungarian wine, summer activities, other cities of Hungary which are worth to visit and other useful topics every day on our free walking tours, where our guides are more than happy to give you information about what you’re interested in!